Lubbock man, David Williams finds his purpose by giving back - encourages others to do the same 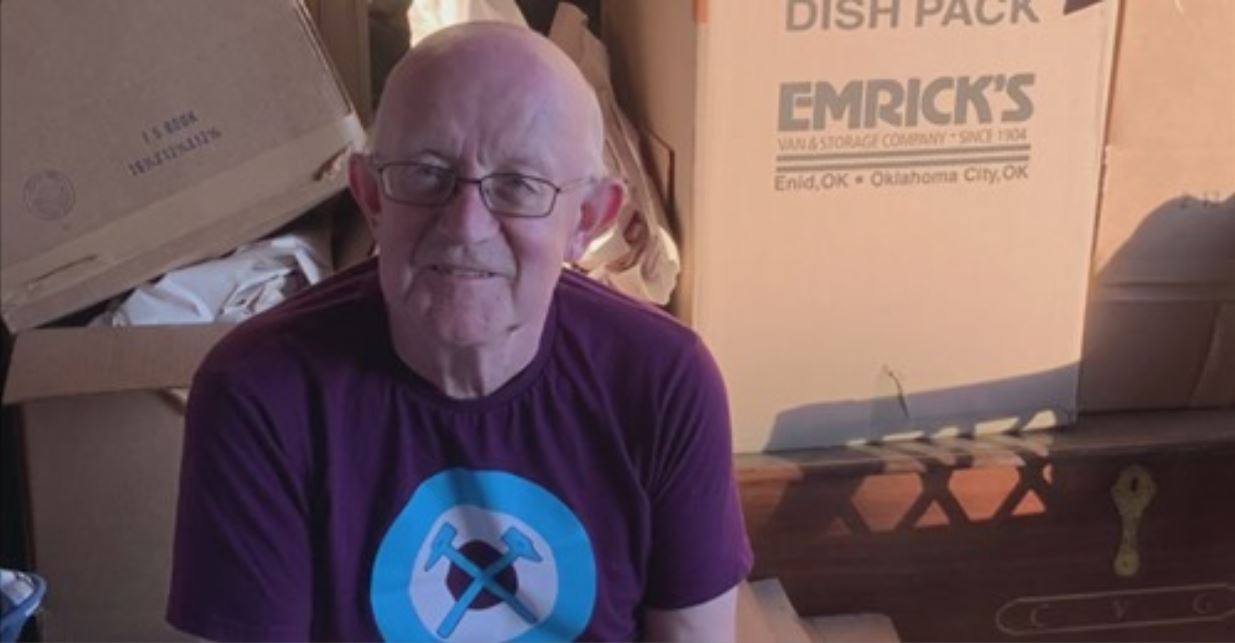 LUBBOCK, Texas — David Williams was born in England but eventually moved to the United States and settled down in Lubbock. He worked as a chemical engineer, but it wasn’t until he finished working that he realized his true purpose – volunteering.

“The best way to settle in a place is to think, how can I give to this community?” said Williams.

He explained that he moved a lot throughout his life, but has always enjoyed giving back to the community wherever he is. However, despite having what looked like an ideal life on the outside, it hasn’t always been easy for Williams.

“What happened to me was I got to the point where as far as my body chemistry was concerned, I needed the beer,” said Williams. “And that caused me and my family a lot of heartache. And so I’ve been down a road that a lot of people that are going down or will go down or have gone or going down as a result of this lockdown.”

Williams eventually ended up at Covenant Medical Center for treatment. It was there that he realized his biggest passion.

“I was very fortunate in getting sick a couple times and spending some time at Covenant,” said Williams. “I got all the professional help I need, and I left there feeling good. But I really wanted to be part of it.”

After recovering at Covenant, Williams became a volunteer at the front desk. He said that he enjoyed greeting people as they came in and would provide directions for them.

His favorite part of it? Getting a chance to share one of his favorite ‘dad jokes.’ He said he was usually able to get someone to crack a smile.

“When the folks would come in, I tried to make their day start off in the right way. And I got a lot of feedback and energy from a couple others, some of the employees actually came by and stopped to chat,” said Williams. “And they gave me a lot of energy to wish I could share with everybody else. And so I really felt part of the building.”

Williams didn’t stop giving back at the hospital though.

“I can find my real me when I volunteer. As well as volunteering at the hospital, I volunteer with my church,” he said. “And our motto, or one of the driving forces behind the church I go to is ‘be on mission where your feet are.’ And so you really don’t need to go very far to volunteer.”

Williams said that he’s also worked with the homeless, domestic violence survivors, special needs children, soup kitchens and a long list of others. He even got one of his pets trained to be a therapy dog so that she could help out too.

However, Williams doesn’t have any pictures of himself volunteering. He said that giving back is not about him, but instead the community he’s serving.

“When you help people, and you try to do the best for them, then you start to lose the focus on yourself,” said Williams. “And that’s what I needed.”