Nurses are the heroes in Shauna’s labor stories

Her first son arrived in December 2015. “As newbies to the labor and delivery scene, it wasn’t anything like I expected,” said Shauna. “I thought I wanted to try going without pain medication, but I tapped out about an hour into labor and got the epidural.”

She had terrible back labor, but after the epidural her labor was pain free and she was able to sleep off and on. Eventually her doctor broke her water, upped the Pitocin to speed up her labor, and after she pushed for about 30 minutes, Avery arrived.

Throughout labor, Shauna’s nurses were by her side, calming her, explaining what was happening and encouraging her through the process.

Her favorite nurse, Lynnae, helped her through the hardest part of her labor. Afterward Lynnae soothed and guided Shauna and explained how to help her heal her body. “She was exactly who I needed in the moments I needed support, coaching and companionship,” said Shauna.

Two years later, brother Mason joined the family. “My second pregnancy was awful. I had vicious and suicidal depression and was swollen and uncomfortable,” said Shauna. About a week before her due date, she had an ear infection that caused her eardrum to burst. She couldn’t hear out of that ear.

Nearly a week overdue, Shauna started feeling pressure and some back pain. While uncomfortable, Shauna didn’t think she was in real labor. “I would bounce on a ball or rock on all fours when I felt pain,” said Shauna. “Just like my first, I labored in my back and it was confusing to recognize and identify it as real labor.”

Because her first labor took 19 hours, Shauna wasn’t in any hurry to get to the hospital. Her husband eventually called their doctor who told them to go to the hospital. As they drove, “I kept telling my husband to slow down – we had plenty of time. But the pressure was intense, and I hated being on my back for that car ride.” 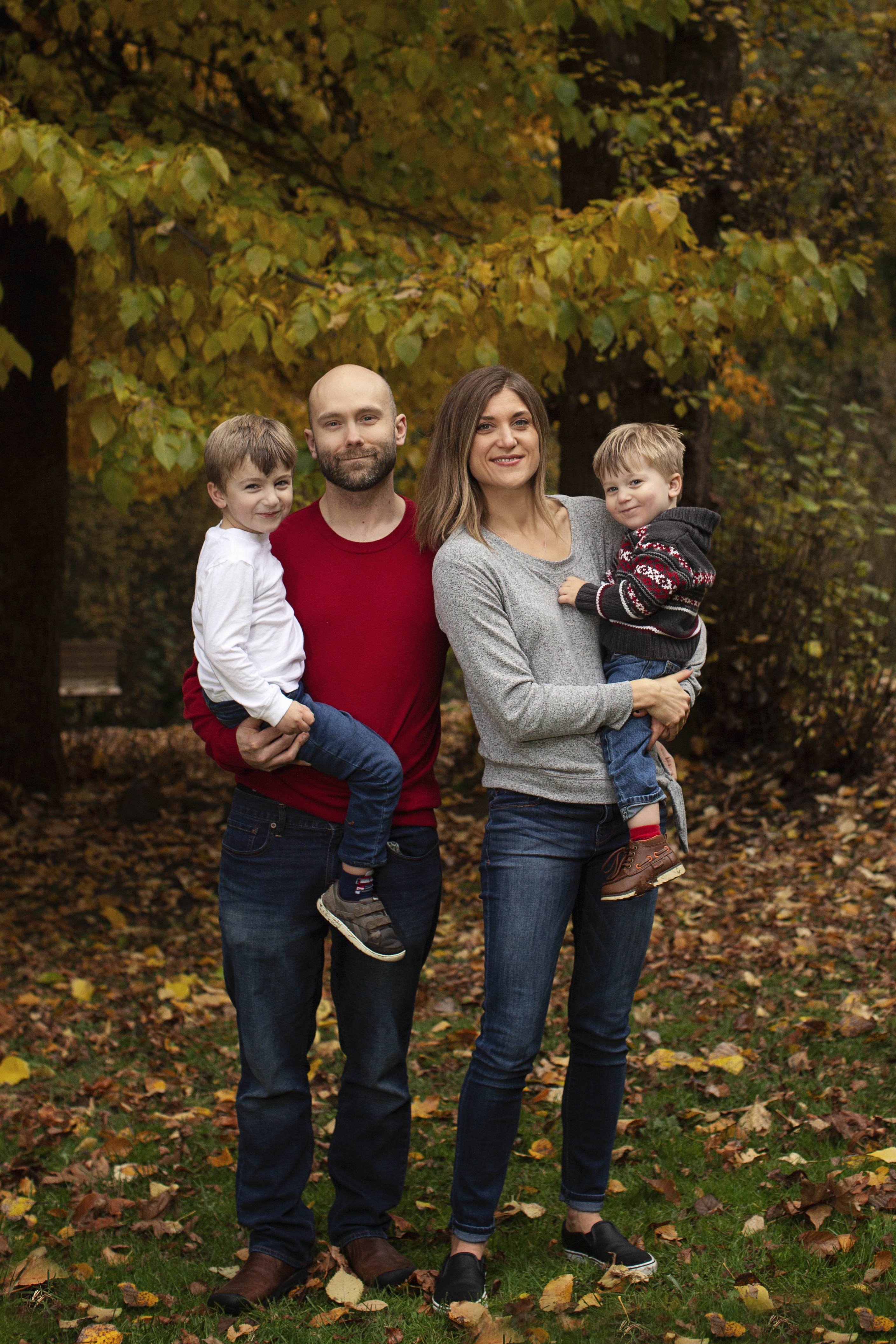 As Shauna shifted positions in the car, her water broke. The pain was strong, and she turned around to put her knees on the floor while she lay over the front seat. At the hospital, she stepped out of the car but then leaned over to rest on the seat – she didn’t want to move. To her dismay, she also realized she wasn’t going to get the epidural this time because she could feel the baby’s head was too far down.

Once in the hospital, she climbed on the bed and got onto all fours. It was the only position that worked for her. “I really struggled in that labor,” she said. The contractions were coming very quickly, but it felt like labor was lasting a long time and she was losing hope.

“I started crying, ‘I can’t, I can’t, I can’t.’ Nurse Jennifer came up to my good ear and quietly said, ‘You are safe. Your baby is safe.’ It was exactly what I needed. I pushed two more times and out popped Mason.”

“The nurses are the heroes in my labor stories. They are the ones who guide you through one of the biggest transitions of your body – of your life. They are your advocates, your champions, your best friends, your sisters. They empathize with every new experience you’re having. They bolster your lack of confidence and coach you until you feel brave enough to embrace your maternal instincts,” said Shauna.

“Mason gave me life again after a depressing pregnancy. He gave me my wild story, and he gives me and the rest of our family love every single day.”