Until cancer took her in 2007, Andrean Gerber lived life to its fullest. A lifelong artist, after receiving her diagnosis in 2000, she spent the next seven years creating colorful collages using images cut from magazines. She held her first public exhibit in 2005 at age 85 and had four more exhibits before she passed.

Throughout her treatment, Andrean was insatiably curious. “Mom loved going to see Dr. Urba,” said her daughter Gail Johnston. “She just reveled in talking with him about the science, and he would delve into it with her and, ease her way, is how I would describe it.” 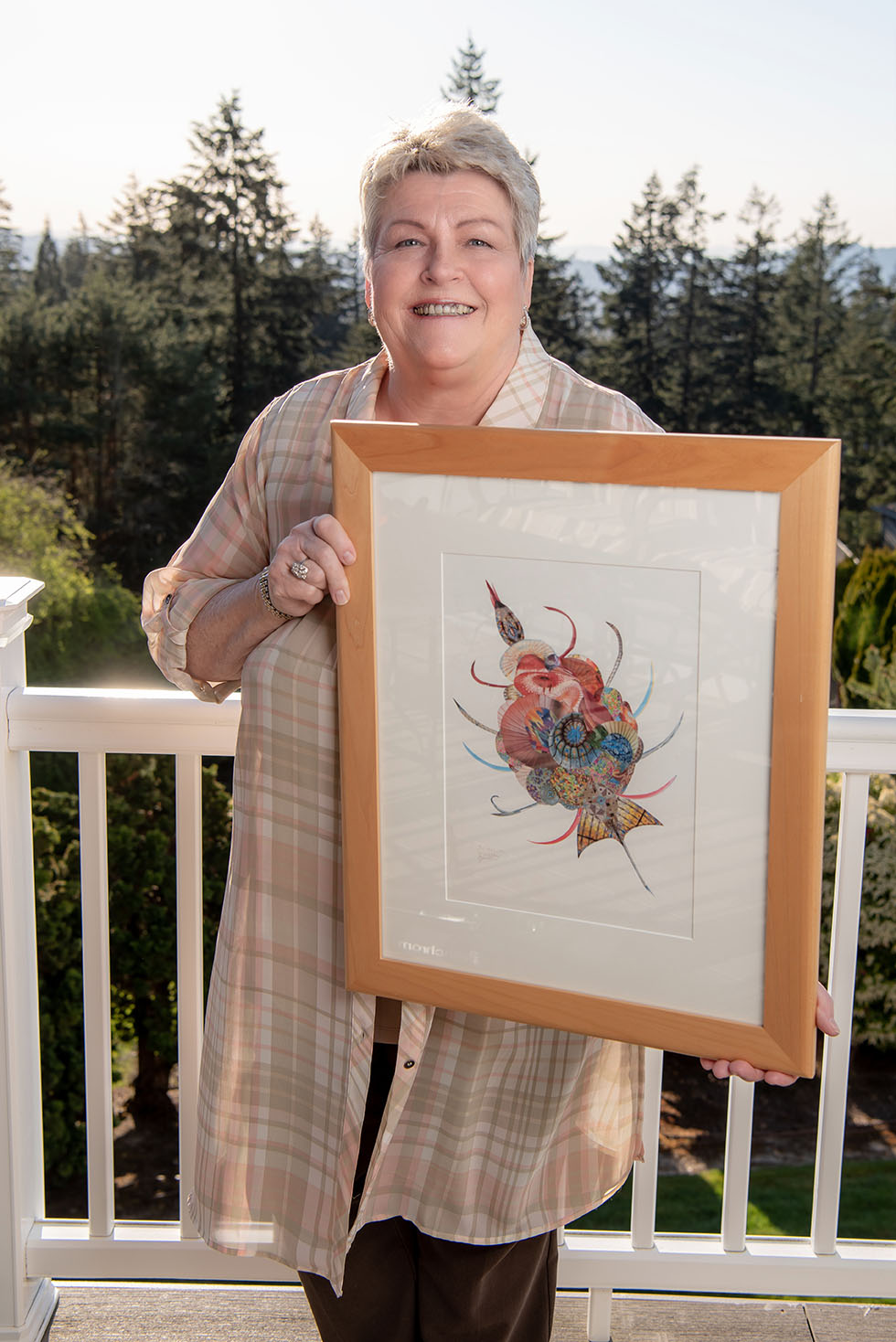