Howard "H" White marvels that the generosity of Phil and Penny Knight allowed him to receive a new heart close to home. “It was a Sunday morning in 2017 when my doctors told me I might need a new heart,” he said. “They told me I might need to go to California. And three years later a donation makes a transplant program right here, almost right down the street. That’s wonderful!”

A talented athlete and advisor to Michael Jordan and other sports stars, Howard had been fit all his life. But in 2017 it suddenly became hard to climb stairs. “One night my wife told me the real thing,” he said. “She didn’t know if she could go to sleep because she thought I might stop breathing.”

Physicians in the Center for Advanced Heart Disease at Providence Heart Institute diagnosed Howard with cardiac amyloidosis, a condition that seriously weakens the heart’s ability to pump blood. “They told me then – in 2017 - I might need a new heart,” Howard remembered.

With the care of Jacob Abraham, M.D., Howard managed his condition with medications and exercise. Then, on Dec. 11, 2020, he went for a routine test. “They told me it was tremendously worse. The way my heart was, they said, most people wouldn’t be able to walk into the appointment.”

On Dr. Abraham’s advice, Howard stayed in the hospital and the transplant team went to work. He received his new heart on Dec. 28. Today, he’s wearing out a new treadmill and riding an exercise bike up to 14 miles a day. He gives the same advice to fellow patients that he gives to professional athletes: “It’s what happens above your shoulders that keeps you moving forward.”

Of the heart institute team that gave him a new heart, he says, “They were spectacular. I’ve been around a lot of teams with superstars, but if they can’t work together, it’s no good. On that team I detected no egos, just brilliant people working together for a common goal.” 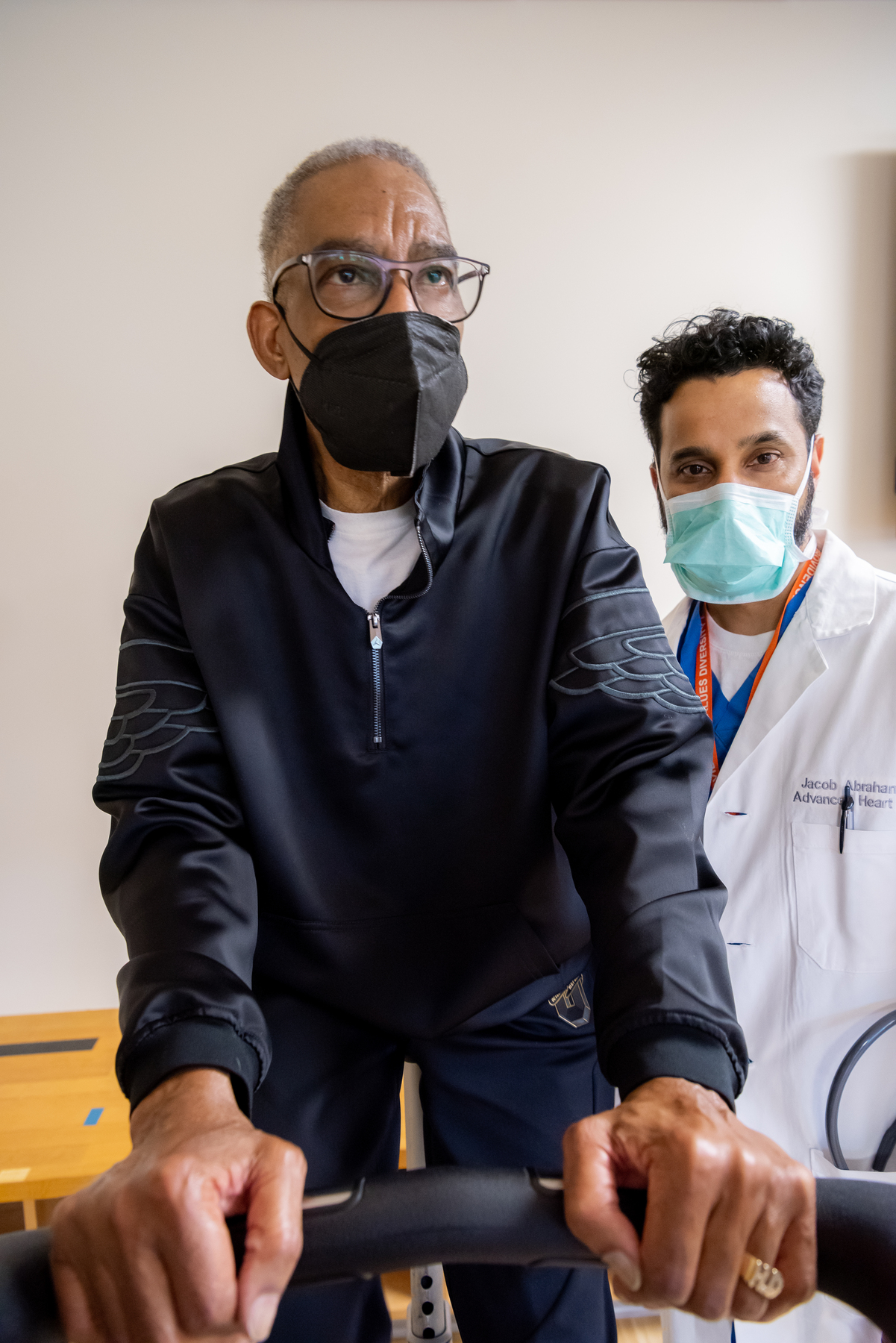