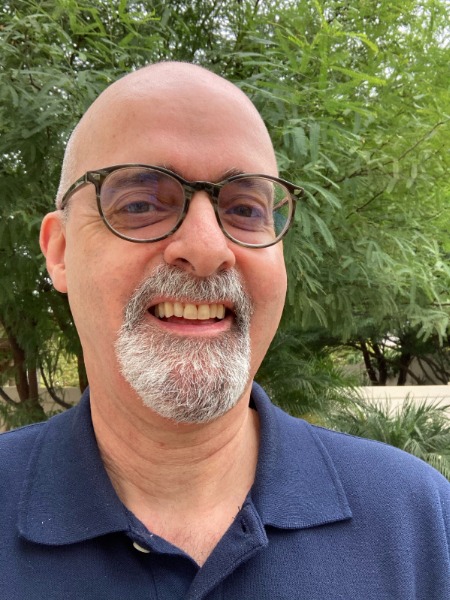 Rick Ortolano has been a chaplain with Providence TrinityCare for more than 15 years. After graduating from seminary in the Bay Area during the 80s, he moved to the East Coast where he became a teacher of religious studies. Several years later, he moved to Southern California and became acquainted with TrinityCare Hospice when he volunteered to help with the bereavement support programs for families suffering from a loss. When Rick heard that TrinityCare was expanding its spiritual care team and hiring a chaplain, he quickly applied and was a perfect fit.

His interest with hospice began when he attended a seminar on death and dying. “Yes, I know it’s not for everybody. But for me it made sense. I’m feel honored to help people. I feel privileged to go to work each day. It’s rewarding. I bring hope to patients and their family that this does not need to be a terrible experience. I have a saying: 'Practicing active listening.' When people feel heard and understood they open up and come to an acceptance.”

TrinityCare is fortunate to be part of the Providence Health System and has a Clinical Pastoral Education program for all chaplains. The program brings together theological students, qualified laypeople, and clergy of all faiths (pastors, priests, rabbis, imams, and others) into supervised encounters with people in crisis. “I’ve been mentored and have been a mentor. It’s a wonderful program!” Rick says.

Rick recently shared a story about an 87-year-old patient named Rosa. “I received a call from Rosa’s daughter requesting a chaplain visit to come and pray with the patient. She had been experiencing consistent anxiety, and her medications were providing minimal relief. When I arrived at the bedside, she smiled and greeted me. I asked her if she had any worries or concerns, and she told me she is afraid of being separated from God.

I talked with her about God’s ever-presence and unconditional love for her, and assured her that God was with her, holding her, and would never leave her. The next day, Rosa’s daughter phoned to say thank you and that Rosa’s anxiety had diminished remarkably."

Rick continued to meet with Rosa and pray with her, as he does with all patients in need, throughout her hospice care.