Help provide life-saving cardiac care by supporting the Queen of the Valley's Cath Lab and on-call cardiologist program.
Give Now

Napa is a “Heart Safe Community.” That means we have established a chain of survival to improve our system for preventing sudden cardiac arrest from becoming irreversible death. This includes promoting widespread CPR instruction, making public-access AEDs readily available and putting in place aggressive resuscitation protocols for first responders and area hospitals. Queen of the Valley strictly adheres to this program and considers cardiac care a top priority.

Ready to Save a Life

We are fortunate to have a Regional Heart Center at Queen of the Valley, staffed with some of the most talented and respected cardiac surgeons and interventional cardiologists in the nation—many of them triple-board certified. A highly trained team of nurses, radiology technicians, and support personnel allows the Queen to offer comprehensive cardiovascular services 24/7. With growth in cardiac patient rates projected to rise over the next 10 years, funding these services will be more important than ever.

A new, multifunctional cardiac catheterization lab and a nuclear medicine imaging platform will give the Queen increased ability to conduct minimally invasive procedures and treat a wide range of clinical problems including coronary artery disease—a leading cause of heart disorders in the U.S.

The gold standard for “door-to-balloon time” set by the American Heart Association is 90 minutes. The Queen consistently outperforms this standard of care, averaging less than 65 minutes.

Leading-edge technology improves all areas of cardiac care, from diagnostic equipment to imaging that allows a doctor to accurately place a stent. 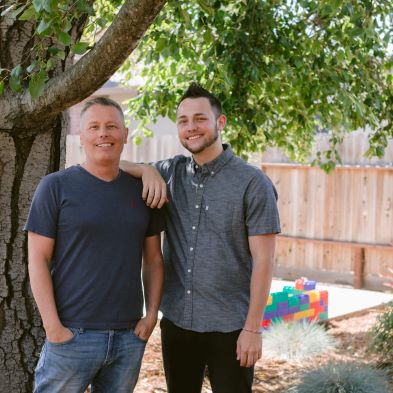 Boris Guillome experienced sudden cardiac arrest at the movies. Thanks to the kindness of strangers—and the excellent care he received at Queen of the Valley Medical Center—he lived to tell his story.

As he looked back on that fateful day, Boris recalled that as the movie previews started, he felt tightness in his chest. When the pain intensified; he knew something was wrong. Boris staggered towards the lobby, making it only to the ticket stand, where a custodian helped him to a bench. Then everything went black; his heart had stopped.

That’s when the clock started ticking for Boris because “time is muscle.” The faster a physician can restore vital blood flow, the less likelihood there is of long-term damage to the heart muscle.

Lucky for Boris, Sean Reiswig had just entered the theater with his family. Watching Boris fall to the ground, Sean, whose own father had died from a heart attack exactly two weeks earlier, knew he had to help. While the custodian called 911, Sean checked Boris for breathing, rolled him on to his back and began CPR.