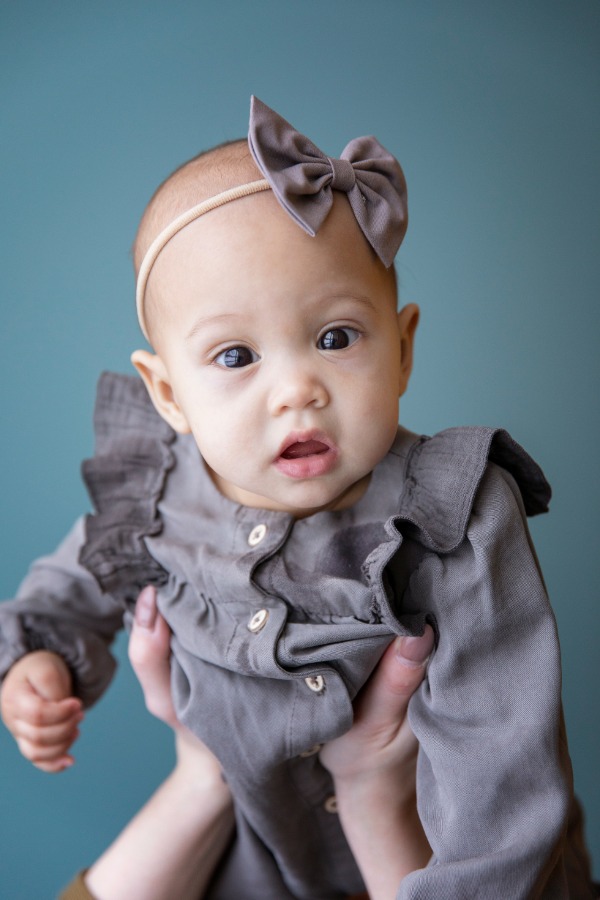 Delilah made her entrance into this world 10 weeks premature and weighing just 3 lbs 6 oz. She was born at the military hospital on Joint Base Elmendorf/Richardson but needed to be transported to The Children’s Hospital at Providence’s Newborn Intensive Care Unit immediately. Providence’s NICU transport team was on hand for the birth and had Delilah moved within the hour.

Delilah’s first feeding was with donor milk because her mom Traci was not able to join her at Providence until she was discharged eight hours later. As soon as Traci arrived the nurses and respiratory therapist were able to assist her with kangaroo care, a skin-to-skin contact technique which helps premature babies develop and bond with their parents. During her early days in the NICU Delilah needed respiratory and feeding support, which meant she had a feeding tube, was connected to a ventilator and spent most of her time in a neonatal incubator.

After several weeks and multiple obstacles, Delilah was able to feed on her own, move out of the incubator, and eventually after 45 days in the NICU making great improvements she was discharged home with her family.

During her stay in the NICU Delilah was the only member of her family who was a patient, but her whole family was cared for by Providence’s NICU team. The entire unit was designed to accommodate families, from the private parent sleep area in each room, to the parent dining and lounge areas, to the numerous family support staff on hand.

Donations to the Children’s Hospital at Providence had a wonderful impact on Delilah’s family during their time here. Before Delilah arrived in the NICU, generous donors to Providence Alaska Foundation provided the NICVIEW webcam system in every room of the NICU.

Delilah’s father Marques, a member of a military service, had to travel during her hospitalization. NICVIEW allowed him to see live video of his daughter whenever he needed to be reassured of her well-being during his time away from the hospital. This system also allowed her grandparents in Washington and California to see Delilah as well.

Delilah is now months out of the hospital and doing well. Her family is grateful to the whole NICU team for providing excellent medical care and making them feel at home during their time here.